Let’s get one thing straight: history’s not. Though some believe that homosexuality is a recent trend, queer people have been living their lives, loving who they love, for millennia. We don’t usually see it often, because like all history, it gets written and interpreted through particular lenses. Contemporaries and historians alike may deliberately obscure ‘shameful’ truths or, due to heteronormativity, not consider that affection between same-sex ‘friends’ could indicate something more. But that doesn’t mean it’s not there.

There are some loud and obvious queer figures in history, such as Sappho and Oscar Wilde, whose queer identities are tied to their histories. But this creates the assumption that queer people only exist within niche communities, particularly art or literature. In reality, same-sex attracted people lived alongside straight people, and did things that had nothing to do with who they loved. Here are some historical figures you may not have known are believed to have had same-sex relationships.

King of the ancient Greek kingdom of Macedon and commander of one of history’s most successful armies, Alexander the Great has been suspected of an intimate relationship with Hephaestion, his second-in-command. Many contemporary authors described the two as incredibly close (Curtius 3.12.16-7; Diodorus 17.37.5; and Arrian, Anabasis of Alexander 2.12.6-8). One incident involved foreign queens mistaking Hephaestion for the Greek King, but Alexander suggested that the women “were not mistaken … for this man too is Alexander” (Curtius 3.12.17). Alexander often described himself as the Greek demigod Achilles while calling Hephaestion Patroclus. Though Homer’s Iliad does not describe Achilles and Patroclus as lovers, many Greeks, including Plato (Symposium 180.A-B), believed they were. It is unlikely Alexander would not have understood this connotation. 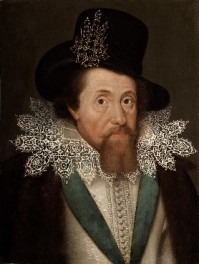 Inheriting the Scottish crown from Mary, Queen of Scots and the English crown from Elizabeth I, King James VI and I merged these sovereign states in personal union from 1603 to his death in 1625. He also commissioned the popular King James Bible translation. James had several male ‘favourites’ who he would lavish with gifts and titles. At 13 years old, when he met Esmé Stuart, he blushed and “embraced him in a most amorous manner” (Bergeron, 32). The best known of his suspected lovers was George Villers, eventually Duke of Buckingham. The two were very affectionate, Sir James Oglander noting that he had “never yet saw any fond husband make so much or so great dalliance over his beautiful spouse as [he had] seen King James over … Buckingham” (Norton, 226). James was unashamed, his response including that he “love[d] the Earl of Buckingham more than anyone else.” During the 2004-2008 restoration of Apethorpe Palace, a secret passage was found between James and Villers’ bedchambers.

Alexander Hamiton’s roles as George Washington’s aide-de-camp and the first Treasury Secretary of the United States were immortalised in the musical Hamilton. Although the production depicts his marriage and affair, Hamilton’s private letters have led historians to suspect the politician had also been in love with fellow aide-de-camp, Henry ‘John’ Laurens. One letter to Laurens from 1779 opens with Hamilton “wish[ing]” he could “convince you that I love you”, playfully accusing him of “ste[aling] into my affections without my consent”(Founders Online). Indeed, Hamilton writer, Lin-Manuel Miranda, alluded to their possible intimacy with the line “Laurens, I like you a lot!”

Moving from England to Brisbane in 1891, Dr Lilian Violet Cooper became the first female medical practitioner in Queensland. She was the first woman to consult at an Australian hospital and was awarded the Serbian Order of St Sava for her service as a nurse during the First World War. By her side throughout was Mary Josephine Bedford. The two met in Cooper’s hometown as young adults and were inseparable. They shared a home in London while studying, and Bedford accompanied Cooper in the life-changing move to Australia. They continued living together for the rest of their lives, often attended the same events, toured America and Europe together, and volunteered in the same division in Serbia (Bedford was an ambulance driver). Cooper left all her assets to Bedford when she died, and when Bedford followed eight years later, they were buried side-by-side.

Wilfred Owen was a British soldier in the First World War and is known for his haunting poetry that criticised the ‘glory’ of war. Fellow soldier Robert Graves described Owen as a “homosexual” who would ‘pick up’ young men, and though the claims were slanderous, there was perhaps some truth to them (Hibberd 145 and 277). When Owen was sent to hospital for shell-shock in May 1917, he met Siegfried Sassoon, another wartime poet connected to queer social circles. Owen was introduced to men such as Robert Ross, one of Oscar Wilde’s lovers. Additionally, Owen’s poems are often considered homoerotic. His pre-war poetry includes imagery such as the kiss motif surrounding the “server-lads” in ‘Maundy Thursday’. However, Sassoon helped Owen develop his use of tropes that covertly expressed his sexuality. For example, the emphasis of soldiers’ physical beauty in ‘Duce et Decorum Est’ and ‘Disabled’, especially through the recurring description of “his [body part]”, are said to implicitly reveal his admiration of men (Fussell 291-4).

Niece of President Theodore Roosevelt and wife of President Franklin Roosevelt, Anna Eleanor Roosevelt was involved in several political groups and a UN delegate after the Second World War. Though she and Franklin did not divorce when Franklin’s affair was uncovered in 1917, Eleanor felt free from marital commitment. She grew close to Lorena Hickok when the journalist covered Franklin’s first presidential campaign in 1932. 3,500 letters between the two showcase their love; Eleanor would “ache to hold [Hickok] close”, and Hickok would count the days until she could reunite “that soft spot just northeast of the corner of [Eleanor’s] mouth against [her] lips” (Cook, 513). They complemented one another’s personalities, with Hickock’s liveliness relaxing the more anxious and work-focused Eleanor.

Many people, including historians, often argue that people suspected of being in same-sex relationships were simply close friends or traumatised individuals seeking “psychological affirmation and social companionship” (Kirby, 438). It may be true that some suspected same-sex relationships through history were platonic. However, in a time when it is not slanderous to suggest that someone was or is attracted to the same sex, there is no harm in finding representation among figures who quite literally made history.

Norton, Rictor. “James I and VI.” In Who’s Who in Gay and Lesbian History: From Antiquity to World War II. Edited by Robert Aldrich and Gary Wotherspoon, 226-7. London and New York: Routledge, 2001.

I am also hugely indebted to Robert Aldrich and Garry Wotherspoon’s, Who’s Who in Gay and Lesbian History: From Antiquity to World War II as a partial inspiration and early research guide for this piece.